This panel will discuss the real and potential impact of implantable BCIs on the preservation of quality of life in late-stage ALS, and the ethical, medical and financial implications of future clinical implementation of implantable BCIs, with the goal to collect material for a white paper about this theme.

People with Amyotrophic Lateral Sclerosis (ALS) gradually lose all motor control. In the late stages of disease, this can lead to Locked-In Syndrome (LIS) where cognition remains intact while practically all muscle control is lost. Over the past decades, advances in ventilatory technology have led to changes in standard of care and improved support for artificial ventilation of people with ALS at home. As a result, people with ALS can, and do, opt to live beyond the point of respiratory failure and LIS. The choice to accept a tracheostomy for ventilatory support late in disease often depends on perceptions on quality of life, including the ability to communicate with loved ones and caregivers.

In the field of Brain-Computer Interfaces (BCIs), researchers are developing implantable devices that allow people to use their brain signals to control computers and communication software. With the BCI field maturing and the first demonstrations of successful home use of BCIs for communication appearing, BCIs are considered to be promising tools to retain or improve the communication capabilities of people with ALS, especially of those in later stages of the disease, who have lost (nearly) all muscle control and are therefore unable to reliably control the standard assistive devices, such as eye gaze devices.

The webinar is part of NeuroAbilities, G3ict’s newest dedicated program to explore the current state of assistive solutions based on advanced Neurotechnologies, Brain-Computer Interfaces (BCI) and Artificial Intelligence (AI) enabling persons with disabilities and older persons to better interact with their environment. 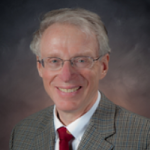 Jonathan R. Wolpaw, MD is the Director of the National Center for Adaptive Neurotechnologies at the Albany Stratton VA Medical Center. He is a neurologist who has been engaged in basic and clinical neuroscience research for more than 40 years. His research group developed operant conditioning of spinal reflexes as a model for defining the plasticity underlying learning. They showed that reflex conditioning can guide spinal cord plasticity to improve walking in animals and people with spinal cord injuries. This work has introduced a new therapeutic method – targeted neuroplasticity – that can enhance functional recovery. In addition, his group has led development of EEG-based brain-computer interface (BCI) technology. They showed that a non-invasive BCI can give movement control similar to that with implanted electrodes. They have provided basic BCI systems to severely disabled people for daily use in their homes. They are now exploring the use of BCI technology to improve rehabilitation after strokes or in other disorders. Dr. Wolpaw’s group has been funded for many years by NIH, other government agencies, and private foundations; their achievements have been recognized by numerous national and international awards. 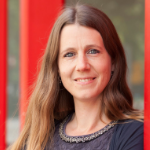 Mariska Vansteensel, Ph.D. is an Assistant Professor at the Department of Neurology and Neurosurgery at University Medical Center Utrecht, The Netherlands. Her main research goal is to use the wealth of neuroscientific knowledge directly for the benefit of people with disease or disability. She currently coordinates the research on implantable ECoG-based BCIs in the lab of Nick Ramsey and conducts research within the Utrecht NeuroProsthesis project, which aims to implement and validate implantable communication-BCIs for home use. In addition, she is the principal investigator of several projects related to clinical implementation of BCIs and pediatric neuroscience. 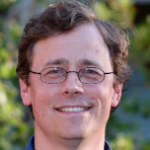 Eran Klein, MD, Ph.D. is an Assistant Professor in the department of Neurology at Oregon Health and Science University and Affiliate Assistant Professor in the department of Philosophy and Center for Neurotechnology at the University of Washington. Dr. Klein's research focuses on ethical considerations in neurotechnology, including privacy, identity, and cognitive enhancement. He is Co-PI (with Sara Goering) on an NIH RF1 study of the effects on sense of agency in implantable brain-computer interface research. 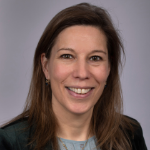 Ghislaine van Thiel, Ph.D. is an Associate Professor of Medical Ethics at the University Medical Center Utrecht in The Netherlands. Dr. van Thiel’s research interests are related to the ethics of research involving human subjects. She is also involved in ethics research on end-of-life care. She teaches Medical Ethics at Utrecht University Medical School and is a member of the Dutch Health Council. 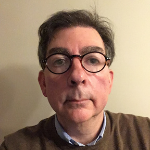 Michael Gaytant MD, Ph.D. is a specialist in internal medicine and staff member of the Center of Home Mechanical Ventilation at the University Medical Center Utrecht (The Netherlands). Dr. Gaytant and his team are responsible for the care of more than 1400 patients with home ventilation due to respiratory insufficiency. A majority of these patients have neuromuscular diseases, among them around 100 patients with ALS. His aim is to give them as much QoL as possible. 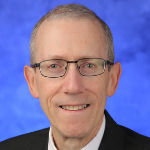 Zachary Simmons, MD, is Professor of Neurology and Professor of Humanities at Pennsylvania State University and the director of the ALS Clinic and Research Center. His longstanding involvement in ALS care and research sparked his interest in medical ethics, leading to research in optimizing care, with attention to quality of life, psychological well-being, mindfulness, and cognitive dysfunction. His most recent efforts have been in the use of technology, including brain-computer interfaces, telemedicine, and remote monitoring. 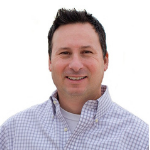 Christopher M. Lee, Ph.D., is an international expert in the accessibility field, he is an author and public speaker on learning disabilities and assistive technology. He has received and served as principal investigator on numerous research grants and contracts. Dr. Christopher Lee serves Managing Director of the International Association of Accessibility Professionals (IAAP), a division of G3ict.

Many pages on our website, including this page, may comprise links that redirect to external websites (all links open in a new browser window) to supplement the information provided in brief. While we cannot guarantee the accuracy and accessibility of information provided on the external websites, we aim to maintain the highest standards of editorial accuracy and digital accessibility.